Split your payment with

Named after its seemingly gourd-shaped appearance (some still think it is just round in shape, to be honest), The specialty of its flesh is that it is plump and dense in texture with a slightly bitter taste. An interesting note about the HorLor (D163) is that those that are grown on trees for over 40 years have a distinct taste similar to chocolate.

The Tekka was registered in 1987 by the Ministry of Agriculture with its mother tree in Banting, Selangor. The Bamboo Feet is also known as “Tracka” (D160) from the literal translation of Fujian pronunciation. Compared to the famed Musang King, many durian connoisseurs felt that the Tekka was the one that left an unforgettable impression. With its tenderly thick, golden, sticky, yet fragrant flesh paired with sweetness and a bitter aftertaste that disappears on the tip of the tongue. Often described as an encounter with a charming woman, leaving only the sweetest memories, no wonder it is one of the most sought-after varieties by many durian enthusiasts. Another special trait about the D160 is that it has a space in the center after opening and attention and skills are needed to avoid touching the flesh.

Also known as the “red meat” because of the reddish tone in its flesh. The D101 has a cylindrical shell with very thin, sharp thorns that can easily scratch someone if they are not careful. While it is lightly sweet, the sugary smooth texture is what makes it stand out. Mainly produced in Johor, this is what the locals meant whenever they mention “the butter-sweet taste of Johor.” The redness of the D101 flesh is a sign of its herbal aftertaste. The redder the meat, the stronger the herbal aftertaste.

The Golden Pulp has a shell similar to Musang King. Its flesh is often dark yellow with a bit of orange tone in colour. The less pungent smell and the refreshingly sweet, smooth, less fibrous, and super creamy taste is why it is super popular even among those trying durians for the first time. The D13 Golden Pulp is also a variant of the Musang King.

If you love rich flavours that come with a bitter aftertaste, the XO will be perfect for you! The reason for it to be named after the wine “XO” is that it includes a long fermentation period during the planting stage and thus, it comes with a hint of alcohol in the aftertaste. The fruit itself is usually round or oval with its thorns growing inwards at the bottom. The flesh itself is usually pale yellow and slightly moist. 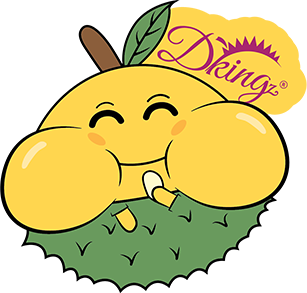 Welcome to
My Rewards

Join our loyalty program to unlock exclusive perks and rewards.